What is Blockchain Technology?

A blockchain is simply a chain of blocks which contain information. Originally, the technology was closely associated with ‘digital time stamps’ in the 1990s. This all changed when in 2009, Satoshi Nakamoto invented the digital currency Bitcoin.

The blockchain is a distributed ledger which is open to anyone. Anyone can freely see transactions on the blockchain and once data has been stored on it, it is difficult to alter this data.

Blocks which represent the data are broken down into three main parts.

Data, this depends on the type of blockchain, for Bitcoin, it would store details about the transaction. E.g. the sender, receiver and amount.

Hash, let’s call this like a fingerprint. A hash acts as a unique identifier, which identifies the data in that block. When you want to detect changes to blocks and see these, a new hash is generated to reflect those changes. In essence, it allows tracking of changes at all times.

Previous Hash, as new blocks are created over time, the previous hashes linked to previous blocks essentially allow the creation of a chain of blocks (The blockchain). This chain that is created, is then interlinked. The creation of these chains is what makes the blockchain so secure.

For example, Block 2’s hash points to block 1’s hash, therefore using a protocol called Proof of Work, to add a new block to the chain, it will take some time. For Bitcoin, it takes around 10 minutes for a new block to be mined using computing power. This mechanism makes it hard to temper with blocks as if one block is compromised, then the computer can rework hashes at incredibly fast speeds and all the blocks created after the tempered block, would be validated again. So hashing and the Proof of Work mechanism is what makes the Blockchain secure.

Another characteristic of a blockchain is that it is decentralized, therefore there is no single point of failure. Meaning the operation described above can be performed by any node part of a P2P network (computer) distributed across the world. The nodes create consensus, which acts as an approval mechanism to verify a new block before it is added onto the blockchain. This is to ensure no tampering has occurred.

The only way to get the blockchain to accept a tempered block is to control over 50% of the nodes which need to approve the new blocks, temper with all the blocks on the chain and re-do all the proof of work for each block. This is almost impossible to accomplish.

Another example of a blockchain protocol different from Bitcoin is the Smart Contracts and these are the pillars of the Ethereum blockchain network.

The future global economy is developing in such a way, that anyone with access to the internet will be able to utilise blockchain based transactions to accomplish certain tasks such as create online medical records, record notary documents and even collect government taxes. Third party trust organisations (e.g. Banks) may no longer be necessary in the future.

It will be interesting to see the future uses of Blockchain technology- but the uses offer endless possibilities and could be applied to any industry.

The question is - Will governments, legal institutions, banks and other organisations alike, embrace Blockchain Technology? Let’s wait and find out with ColmoreFX. More to follow in future posts.

Disclaimer: Trading involves the risk of loss of capital and is not suitable for everyone. As many companies provide high leverage you should be aware you could lose substantially more than your initial investment. The content of this post should only be considered a guide. Views, opinions or content contained is purely the opinion of the author. It is provided solely for information purposes and does not constitute investment advice or a solicitation to trade or invest. Previous performance is no guarantee of future performance. You should carefully consider the inherent risks, your financial situation, your investment objectives, level of experience, and risk appetite. You should ONLY risk capital you can afford to lose. It is imperative you should seek advice from an independent financial advisor if you have any doubts. Although every effort has been taken to ensure that all content included is correct, we cannot guarantee its accuracy. 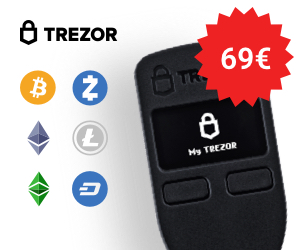